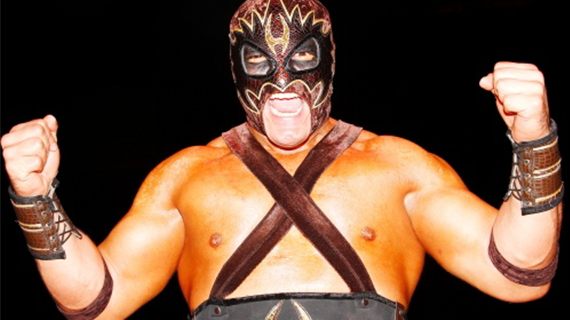 Hechicero interview from 10/20/18 in San Diego, CA. Interview was conducted in Spanish. We talk about his career. His PWG debut match against Zack Sabre Jr. His career in CMLL including the En Busca de Un Idolo tournament, Dia de Muertos, title win over Rey Bucanero. Wrestling in Japan for New Japan Pro Wrestling. We also talk about how he comes up with his wrestling holds and his training philosophy. Plus he tells us about the image change his character had in CMLL and how he came up the name "Hechicero". Fun 19-20 minute interview!

Interview is in Spanish. For English transcript visit our site: